Prescott is located in Yavapai County, in central Arizona. According to the 2020 Census, the city’s population is 45,827. It’s the county seat of Yavapai County and features the county courthouse in the town square.

Gold was discovered here in 1863, during the civil war, which led to a gold rush. Prescott has a rich history as a frontier gold and silver mining town.

Prescott was a typical “wild west” town in the 1880s. Famous residents included Doc Holliday, Wyatt and Virgil Earp of the gunfight at the O.K. Corral.

The makeshift wooden town burned to the ground several times in the first decade of the 20th century, which finally resulted in the town being rebuilt in brick.

The modern city is known for it’s tourism, especially around its storied past. It is host to the “World’s Oldest Rodeo”, running continuously since 1888. The rodeo, one of the most famous in the United States, draws some 35,000 tourists a year.

Today, Prescott is a comfortable, modern, growing city, with many people moving here from out of state. Subdivisions are expanding. Real estate of all kinds can be found here, from rustic cabins, to restored Victorians, to horse property, to comfortable modern suburbs, to luxury estates.

Phoenix is the the 5th largest city in the United States and is located only 90 minutes away. The Bradshaw mountains surround the city, where you can go hiking, biking, off road driving, or enjoy many other kinds of outdoor activities. 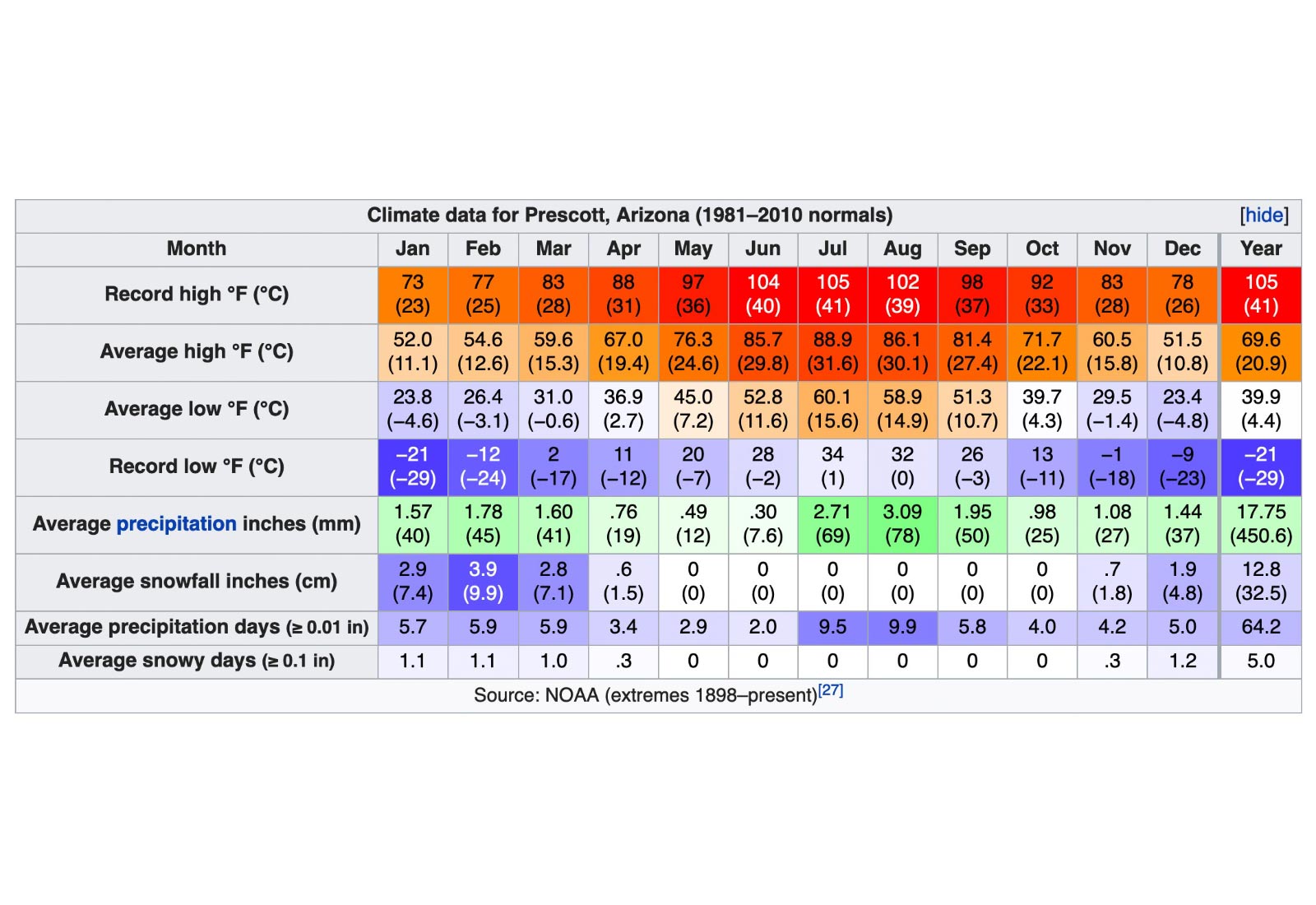 Prescott does receive snow, but has mild weather most of the year.

Arizona is generally thought of as a hot, dry, desert, covered with cactus. I was surprised to find out on my first trip through Prescott, that it was in the mountains with a pleasant, comfortable weather.

Prescott is the site of the oldest rodeo in USA, the Palace Saloon, which was visited by the Earp brothers and Doc Holiday.

The rich history of Prescott is filled with western folklore.

For more detailed information about the history Prescott, AZ is located on the Prescott History page.

Prescott is located in the center of the state of Arizona, so many places in the state are within a day’s drive.

The distance from Prescott to Phoenix is 99 miles.

The distance from Prescott to Flagstaff is 95 miles.

The distance from Prescott to Grand Canyon is 128 miles.

For more detailed information about the distances from Prescott, AZ to other places is located on the Prescott Distances page. 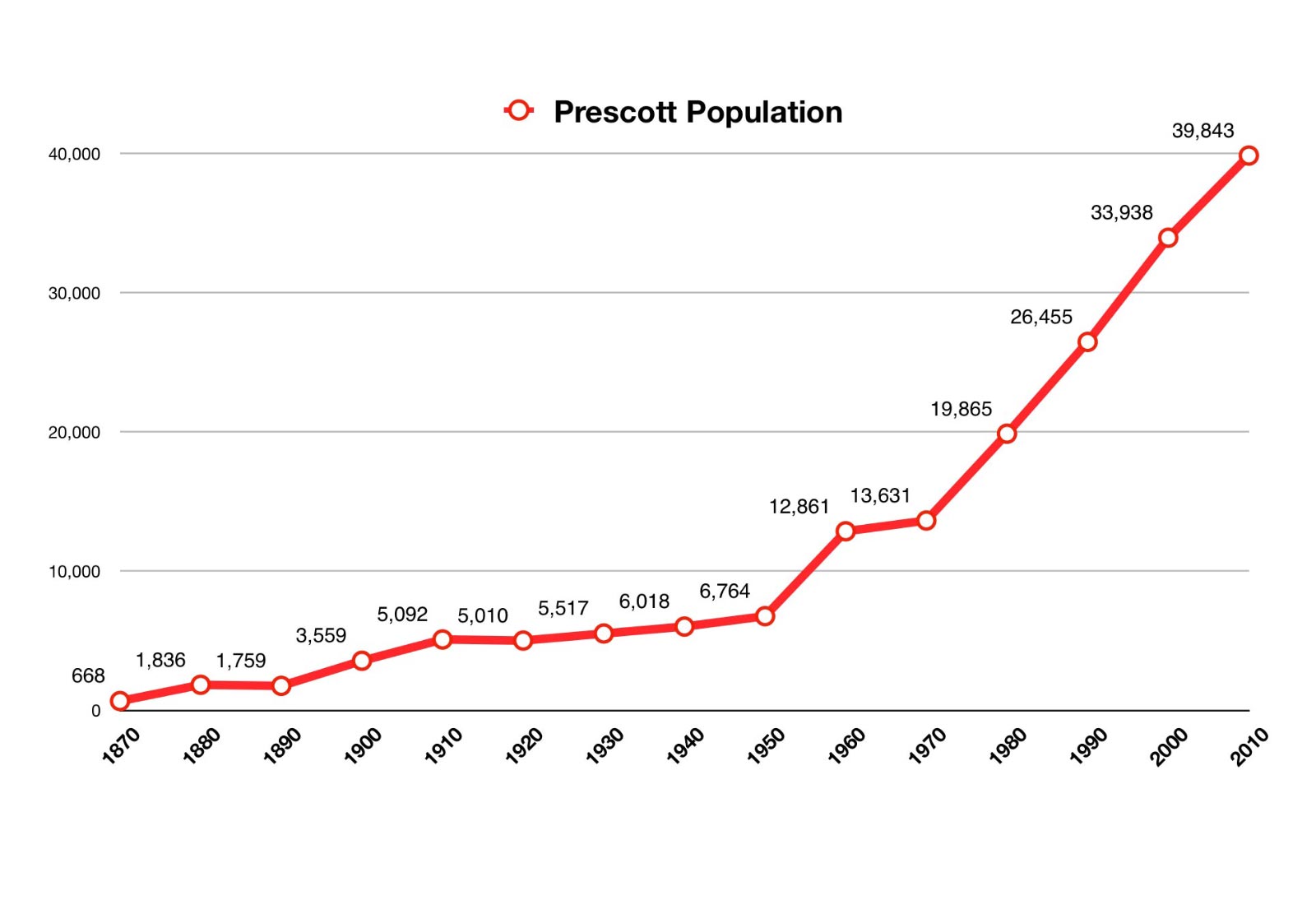 Prescott is a growing community and has been for years.

For a more detailed explanation of the population, see the Prescott Population page.

It is surrounded by the Bradshaw mountains, so some neighborhoods are higher, while some are lower.

For a more detailed explanation of the elevations of specific areas, see the Prescott Elevation page.