Skip to content
Home » Every Article » 17 Things I Learned By Moving from Southern California to Prescott, AZ
Next

17 Things I Learned By Moving from Southern California to Prescott, AZ

Last Spring, I looked up our house in Zillow to see how much it was worth and my head exploded.

I was born and raised near Los Angeles, a half mile from the beach.

I say “dude” in normal conversation, wear Hawaiian shirts, and have long hair.

My wife and I fell in love with Prescott, AZ over 20 years ago and have visited as often as possible since then.

Three years ago, we had the chance to buy a house there as a relaxing weekend get away.

People are paying crazy money in Southern California for houses.

It was time to take the money and get out.

Our house sold 3 days after we put it on the market and we moved full time to Prescott.

Here’s a list of what I’ve learned by moving to Prescott, AZ.

You used to think she was the best thing in the world, center of your universe. Now that you’ve moved on and found some perspective, you can see how crazy, ungrateful, and abusive she was.

Sorry, but it’s true. Arturo’s and Casa Alverez in Prescott are pretty good, but they aren’t the best. Back in California, El Sombrero has the best carnitas and Sion’s, the best pozole.

Of course, Tito’s Tacos in Culver City will always have a warm spot in my heart.

(It could just be heartburn.)

3. “The Valley” refers to Phoenix, not San Fernando.

The San Fernando Valley is part of LA, but with out any of the good stuff, and 20 degrees hotter.

Phoenix is like LA, but without any of the good stuff, with more sand, and 40 degrees hotter.

Palos Verdes is where the rich people who want horses live near Los Angeles.

Prescott Valley is where the people who can’t afford to live in Prescott live.

Of course, everyone can have horses here, because it’s Arizona.

I know traffic. The 405 is legendary. Sitting on the 110 on a Friday afternoon at 4:30 will cause you to question all that is good and pure in life.

Here, people consider it “traffic” when there are 3 cars stopped in front of them at a light on Gurley street.

6. Helicopters are not normal.

In Prescott, when you see the occasional helicopter, you think “Oh, no. Someone got hurt and they’re going to the hospital.”

In LA when you see a helicopter, you think “Oh, yeah! There’s a car chase! Turn on channel 9!”

7. Prescott is a mile high.

After living at sea level most of my life, getting used to living above 5,000 feet takes a minute. The air is thinner and drier. Your skin will dry out.

I get winded walking up stairs.

(Maybe I’m just out of shape.)

8. Prescott is a vacation destination.

Families with kids, and young couples, and bikers, all visit Prescott for the weekend.

People who live in Phoenix have weekend homes here. There is something scheduled in the Courthouse Square every weekend, all Summer long. This is a cool place to visit, so it has a lot of tourists.

When you live here, you can be annoyed by the tourists too, just like in LA.

9. Everyone in Prescott is nice.

No matter where you go or who you talk to, everyone is really nice and helpful.

And not just people trying to sell you something, but everyone.

Even the cops are nice.

9. Everyone is Los Angeles is not nice.

We visited Los Angeles after we lived here for a while and went to dinner at a favorite place. Listening to people and watching them on the street made me realize just how arrogant and narcissistic they all were.

I wanted to wash the stench of hubris off my hands.

Since I was raised there, I wondered if I was like that, but then realized that, no, I was better than them.

10. There are others among us.

I was raised with a “Locals Only” attitude. “Welcome to California. Now go home.” That doesn’t exist in Prescott. They love us here.

Especially when we sell our California houses for a lot of money and bring it all here.

Everyone who visits says it feels just like home, except for the awkward family dinners.

13. Prescott has everything you need.

They have toilet paper, beer, Doritos, a Trader Joe’s, and an In-And-Out. There are 2 Walmarts, a Costco, car dealers, a huge hospital, a mall, and museums. There’s a new Thai place that’s pretty good and an awesome sushi place.

Prescott has everything you need, unless you’re a hipster who needs the urban nightlife.

Then stay in LA.

14. Prescott doesn’t have everything you want.

It’s still not LA. The nearest Apple store is 90 miles away, in Phoenix. Getting specialty products is more difficult. The Internet is your best friend. Order it on line.

Everyone knows my name at the UPS store. (Norm!)

I realize now that inertia played too big of a role in where I lived. It’s hard, physically and emotionally, to go through your stuff, throwing things away, and giving good things to Salvation Army. Maybe I’m a hoarder. Maybe I’m just lazy. I don’t know.

I’d rather be a fish than a barnacle.

The biggest surprise is that I don’t miss LA. I have been waiting for the moment to miss “back home”, but it just hasn’t happened. I miss the way it was in the 70’s and 80’s, but I just don’t care any more.

I miss the beach, and by that, I mean the sand and the water. As soon as you reach the bike path, I’m done. You can keep everything else.

The Eagles lied. I checked out and I left.

Maybe it wasn’t the right time of life or maybe there were things that held me back, but I wish that I had moved here years ago. I have this feeling of clear headedness and lightness and freedom living here. I keep waiting to feel “trapped” or feel that we made the wrong decision, but all I can think of is “This is awesome, dude! Look at where we live!”

Living in Prescott is living the dream. 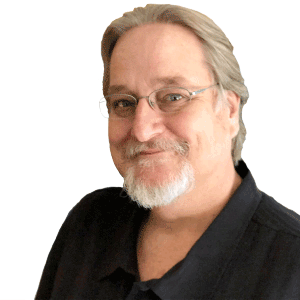